DNC Defense® was established in 2014 by brothers Daniel and Nathaniel Cole as a shared vision to create a company that would provide communities, law enforcement, military, and private corporations with professional, relevant, and realistic defense and tactical training. They desired to take their mission to protect and serve beyond local and federal law enforcement and be more proactive in communities, agencies, and organizations by providing training based on best practices. "Twenty plus combined years of law enforcement experience taught us a simple truth, law enforcement is reactive and cannot protect everyone. It is impossible. At the end of the day, everyone is responsible for their own safety." -DC

"There is a constant need to update curriculum to stay current with modern day threats."-DC The brothers expertise and experience allow the unique ability to create training programs and curriculum that can be tailored specifically for individuals, agencies, and specialized teams.

"Defense and tactical training should be a multi-faceted approach. It's not as simple as teaching someone a few techniques. There is physical preparation, mental preparation, recognizing pre-assault indicators, use of force training and articulation, technique training, understanding legal principles, financial preparation, stress management, scenario based training, etc. We have the real world experience as officers and instructors to teach best practices and provide up-to-date professional, relative, and realistic training." -DC

Whether you are a civilian, law enforcement officer, working in private security, or serving in the military, DNC Defense® offers programs and training that will enhance your skill sets, knowledge, and understanding of defense and tactical operations. 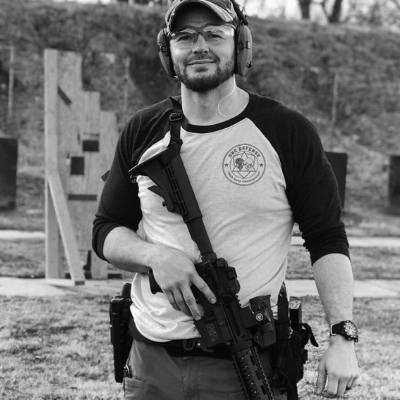 Daniel graduated with honors from Arkansas State University in 2005 with a BA Degree in Psychology and minor in Business Management. He moved to Waco, Texas, in 2006 to begin his law enforcement career and pursue his study of Mixed Martial Arts under 3-time World Champion Kick-boxer, David Hill. From 2006 to 2011, Daniel protected and served the greater Waco area as a Juvenile Detention Supervisor, Juvenile Probation Officer, and Officer Specialist for McLennan County, Texas, while learning the arts of Boxing, Kickboxing, and Hapkido. Within a few years, Daniel began instructing civilians, military, and law enforcement personnel in self-defense tactics and mixed martial arts and earned his first black belt in Hapkido under Master David Hill. After training a member of President Bush Jr.'s Secret Service detail from 2009 to 2011, Daniel was inspired to pursue a career in federal law enforcement.

In August of 2011, he was appointed as a United States Probation Officer for the Eastern District of Arkansas where he served until October of 2018. During his tenure as a Federal Officer, he was awarded Top Gun, Officer Safety, and Instructor Awards at the Federal Law Enforcement Training Center (FLETC) in Charleston, South Carolina; served as the Lead Firearms and Safety Instructor for the Eastern District of Arkansas; assisted FLETC as an Adjunct Instructor; and served as a Sex Offender Officer Specialist, Surveillance Operations Coordinator, and served as the team leader of tactical entry Search Team. He has extensive experience in federal criminal investigations, federal testimony, and program development. He is a 14 year veteran of law enforcement and has 15 years experience as an instructor in several capacities. Daniel served as the Supervisory U.S. Probation Officer of the Jonesboro, Arkansas, field office from August 2017 to October 2018, before deciding to pursue DNC Defense® full-time. 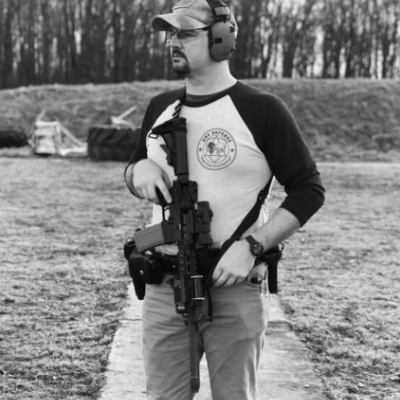 Nathaniel's call to protect and serve began at a young age. After graduating high school, he dedicated the first several years of his adult life to mission work in Mexico where he supplied food to those in need and helped build churches and orphanages in the Nuevo Leon region. He moved to Waco, Texas, in 2007 to join his brother in beginning a law enforcement career as a Sargent in a Court Ordered Residential Program for Adjudicated Juveniles. It is in Texas where he began his study of mixed martial arts. He served McLennan County, Texas, from 2007 to 2011 before returning to Arkansas to serve and protect in his hometown community as a police officer. Nathaniel was hired by the Jonesboro, Arkansas, Police Department (JPD) as a Patrolmen in 2012 where he served until summer of 2020. During his tenure at JPD, he has personally fielded over 6,900 calls and made over 1,000 arrests. He served his department as a Certified Firearms Instructor in rifle, pistol, and shotgun, was a Certified Field Training Officer, and was a member of the Mobile Field Force (MFF) Riot Control Team. In 2018 and 2019 Nathaniel was the recipient of the JPD Top Gun Award for shooting a perfect 500 out of 500 during department qualifications, a feat rarely accomplished. In May 2019, the JPD awarded Nathaniel the Life Saving Award for his actions on duty.

"While I have an extremely wide range of hobbies, I only have a few passions. My main passion can simply be described like this: I truly believe in Good versus Evil and I strive to train, equip, and empower the Good of this world to resist and overcome the Bad of this world. Whether you're an officer on/off duty or a responsible citizen, I want you to have the skills and knowledge to "Walk Away Unconquered" when adversity strikes.

Self-defense is simple in concept but complex in execution. As an officer, I see its need every day in people's lives who unexpectedly find themselves in dynamic use of force situations and needlessly become victims. This is why DNC Defense® exists. I look forward to the opportunity to invest my passion into your life and strengthen the community of the "Good" through you." --NC 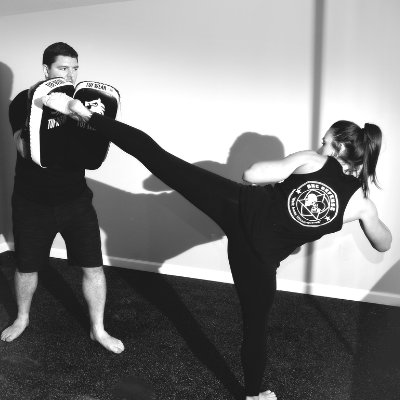 Brooke was born a gifted athlete and grew up in Atlanta, Georgia, and Canada competing in shooting sports, ice skating, gymnastics, rock climbing, and dance team competitions. Her love for physical activity naturally led to her pursuing a career as a certified personal trainer and instructor. In 2010, Brooke began her study of Kickboxing in Boston, Massachusetts. She became a talented Kickboxing Instructor and implemented her skills into her personal training curriculum. Brooke founded her own personal training company, Body by Brooke, in 2014, where she has provided personal training services to her local community to include professional, collegiate, and high school athletes. She has over 15 years of experience as a personal trainer and instructor. Brooke continued her study of Kickboxing and self-defense under her husband, Daniel Cole, beginning in 2012 and studying Brazilian Jiu-Jitsu in 2017. She currently holds the rank of purple belt under Kyle Pate at Rogue Jiu-Jitsu in Dallas, Texas.

"Marrying into a family where my husband and brother-in-law served as federal and local officers gave me an enhanced understanding of the unique challenges and danger officers and civilians face. I developed a passion for increasing my knowledge of self-defense and being proficient as an instructor to help train communities to protect themselves. I'm proud to be a part of the DNC Defense instructor team and am committed to providing professional, relevant, and realistic training."
--B.C.